As some who have been part of the commercial fish 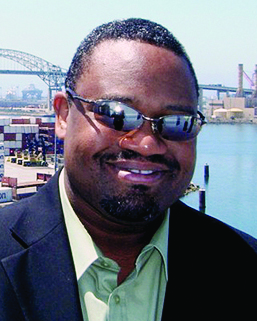 ing industry on the West Coast can attest to, it’s not just luck and Mother Nature that fishermen and women have to contend with while plying their trade, but sometimes furry and winged creatures, as well.

And with so much competition for fish within the animal kingdom, particularly sockeye salmon returning from the ocean, sometimes there isn’t enough to go around for everyone, as some parties take more than their fair share.

Such a scenario led to the Wuikinuxv (pronounced “Oh-wee-key-no”) Nation indigenous people on the coast of British Columbia teaming up with scientists to collaborate on how to strike a balance between the needs of people and the needs of grizzly bears when divvying up the annual supply of spawning salmon.

The results, which can be found in the latest issue of a journal dedicated to sustainability and climate science called Anthropocene Magazine, illustrate how science can help manage scarce natural resources.

The subject of the study was the traditional fishing grounds of the Wuikinuxv Nation, which was once flooded with as many as three million sockeye salmon in a year as the fish moved up Rivers Inlet to nearby spawning grounds around Wuikinuxv Lake, about 249 miles northwest of modern-day Vancouver.

The levels of fish at the time supported one of the largest commercial fisheries in British Columbia. But the Rivers Inlet sockeye run collapsed starting around 1970; in 1999, fewer 10,000 sockeye returned to spawn. At the time, decades of fishing pressure from commercial fleets and changing ocean conditions were prime suspects.

Today, the fishery has rebounded somewhat to an average of around 200,000 fish, and Wuikinuxv anglers catch a small number of fish for ceremonial and subsistence purposes, plus salmon remain a linchpin of the diet of grizzly bears there. The commercial fishery, however, is still long gone.

For the study, officials with the Wuikinuxv Nation teamed up with scientists from the Raincoast Conservation Foundation, a conservation science non-profit in British Columbia.

“Instead of managing resources with human use as a focus, we need to steward with the ecosystem as the main priority,” explained Danielle Shaw, Wuikinuxv Chief Councillor and former head of the nation’s stewardship department, who took part in the research.

Looking at the relationship between bear numbers and their diets, and the fluctuations in salmon numbers over the decades, the scientists calculated how many sockeye the nation’s fishers could catch each year without causing a long-term depletion of the salmon run, and without causing a major downturn in bear numbers.

They found that in a typical year, limiting the catch to 45,000 fish – about 10% below the sustainable limit – would result in 10% fewer bears in the area than if the Wuikinuxv didn’t catch any fish at all, according to a recent paper in the journal Marine and Coastal Fisheries.

If research like this can devise ways that humans and bears could learn to share a vital resource – fish – without negatively impacting each other and also helping produce more fish, then it’s not far-fetched to think that studies could one day find ways to eventually increase the numbers of spawning salmon to a point where it might even finally result in the revival of the long dormant commercial fishery that had thrived in the area for decades.

The full Anthropocene Magazine article on the study can be read online at https://www.anthropocenemagazine.org/2021/09/finding-a-new-formula-for-sharing-salmon-between-people-and-bears/.

Managing Editor Mark Nero can be reached at mark@maritimepublishing.com